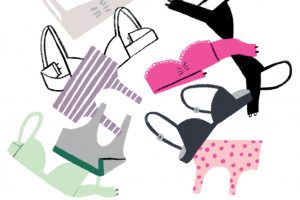 Breast cancer is a disease that can be both emotionally and physically traumatizing. Receiving a breast cancer diagnosis can be a devastating experience. In the treatment of breast cancer, patients often have very limited options of treatment, many of which lead to permanent scarring or disfigurement. The three most common types of treatments patients pursue include: a mastectomy, which involves the complete removal of the breast; a lumpectomy or breast-conserving therapy(surgery), which removes tumor and tissues around it; or radiation therapy, which uses high-energy waves to kill cancerous cells but severely damages the flesh.

Specifically in the case of female patients, deciding which treatment option to pursue is painful. For many women, facing the loss of one’s breasts in exchange for their lives can be a heartbreaking necessity. In early stage breast cancer patients, a bilateral (or double) mastectomy is an increasingly common surgical procedure as a form of treatment. Often this surgery is accompanied by a reconstructive surgery that aims to preserve or recreate completely the cosmetic appearance of the patient’s breasts. The percentage of women who undergo a bilateral mastectomy with reconstruction is almost evenly split with those who opt out of reconstruction (Kummerow, 2015). The emotional and physical toll this procedure takes on the human body is often overlooked, yet it simply cannot be ignored.

Women with non-metastatic breast cancer were selected to be surveyed based upon the data contained in cancer registries, Los Angeles and Detroit population-based Surveillance, Epidemiology, and End Results registries. Responses were received from 2290 women nine months after diagnosis and responses from 1536 women four years after diagnosis. Of the 1450 patients who responded to both surveys and had not recurred, 963 underwent breast conserving surgery, 263 mastectomy without reconstruction, and 222 mastectomy with reconstruction (Jagsi R. et al, 2016).

Each response from the patient consisted of self-reported data, collected via various survey questions which evaluated the quality of life, which encompasses the mental and physical well-being of an individual. The QOL (quality of life) patterns were identified by analyzing the self-reported data and how they correlated to the overall satisfaction with the cosmetic outcomes after surgery (both mastectomy with and without reconstruction). By graphing the collected data using multi-linear regression, researchers were able to conclude that the “Cosmetic satisfaction was similar between those receiving breast conservation therapy and those receiving mastectomy with reconstruction. Among patients receiving mastectomy with reconstruction, reconstruction type and radiation receipt were associated with satisfaction” (Jagsi R. et al, 2016).

Overall, the study design methods were well explained and logical. It was disclosed that Asian women in Los Angeles were excluded because of enrollment in other studies, and protocol precludes patients from participating in more than one external study. Latina and black patients were over-sampled to ensure sufficient minority representation. The survey itself that collected data was given in a questionnaire style that was developed after considering existing research and conclusions in the field of study. It seems that the majority of data used to determine the conclusion of the study was derived from the multiple surveys and questionnaires given to the subjects. This could be potentially problematic as it is self-reported data, and the interpretation of the questions could differ between subjects and lead to a misrepresented opinion in the data. However, it is also important to note that the majority of patients underwent BCT (Breast conserving therapy) with the remainder fairly evenly divided between mastectomy alone and mastectomy with reconstruction. It appears that the study only chose female patients with breast cancer, excluding the male demographic, but no mention of this is given.

A mastectomy with reconstruction is a subset of treatment for breast cancer patients that is not frequently explored, particularly the emotional effect on the patients (receiving the different treatment methods). This study informs the public by presenting a comparison between a mastectomy with reconstruction, without reconstruction, and breast conservation surgery. There is a misconception that most patients undergo chemotherapy to treat breast cancer, while this study proves that not only are these two methods more popular among patients, they also provide more emotionally satisfactory results. The struggle that patients battling breast cancer undergo is an issue that the general public should be better informed of, and of equal importance is the way patients are satisfied with their treatment.